There are few opportunities that have captured the imagination of the investing community quite like the marijuana industry. Long since the preserve of illegal activities, mainstream indiscretion and debate, marijuana has in a few short years, shed its disagreeable image and is now thoroughly in the mainstream. With this new 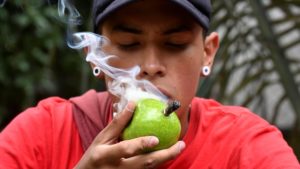 Marijuana Stocks – State Of The Market

Marijuana stocks have grown in line with the legislative acceptance of the green plant itself. Currently the legal recreational marijuana market is present in only a handful of US states, namely: California, Maine, Washington, Massachusetts, Colorado, Alaska and Oregon. For some investors the slow uptake of recreational marijuana ballot initiatives is a damper, but the bigger picture suggests that investors may not have to wait too long before more and more US states climb on board and legalize marijuana outright. 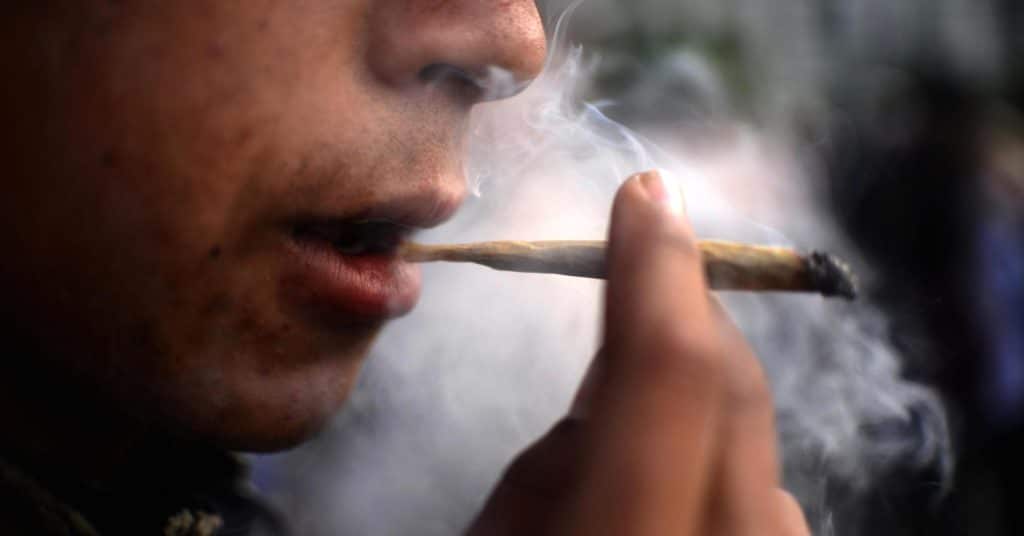 In the meantime the market has quite a lot to be jubilant about given the rapid spread of medical marijuana. Indeed, the case for market opportunities in the medical marijuana space cannot be overstated. So far 28 states have legalized marijuana for medical purposes. One of those states is New York, the second biggest market after California to embrace such a measure. Medical approvals or otherwise, there is a general sense that the tide has changed. From here on in, it appears marijuana stocks will benefit directly from the growing acceptance and demand pf legal marijuana. This impetus has given rise to robust market growth projections.

The legal marijuana landscape has created a thriving market and now 21% of the US population lives in areas where the drug is either legal for recreational or medical use. Presently the consensus estimate puts the legal marijuana market at $6B. But the growth projections are staggering. By 2026 the market is projected to reach a massive $50B. Those figures could be considered conservative given the potential market in Canada. Over there Canadians are bracing for a widespread federal legalization of marijuana as early as 2018. This could add billions of dollars more to the projected market for marijuana and the subsequent growth in marijuana stocks. So, what can investors tap into right now?

The Scotts Miracle-Gro Company (NYSE: SMG) is one of the few companies that seem to understand the importance of parlaying inherent strength to capitalize on emerging trends. The company makes the famed Miracle-Gro product and has sensibly realized that its technologies could be transferred to help marijuana growers. SMG is also developing pesticides to help marijuana growers and could see steep upside once the full-scale legal marijuana roll-out starts to take shape. Since hitting a low of $68.24 in July 2016, the stock has rallied strong, eventually reaching a high of $98.82 in December 2016. SMG currently trades near the $90 mark. Recent marijuana legislation in Nevada could have a short to medium term impact so SMG is definitely one to watch. 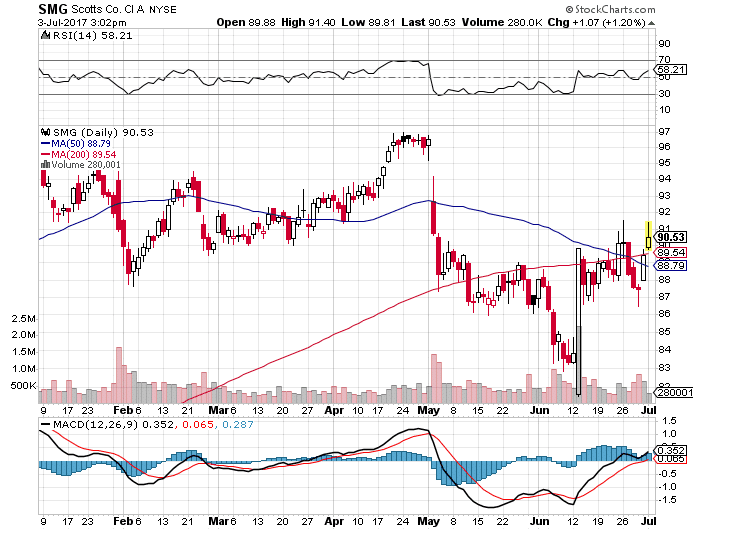 GW Pharmaceuticals (NASDAQ:GWPH) is one of the many pharmaceutical companies that are directing technology and resources with a view to capitalizing on the exploding marijuana market. GWPH is researching medicines based on the active ingredients in the cannabis plant called cannabidiol (CBD). So far the company is conducting research into how CBD can help with the treatment of epilepsy and other ailments. GWPH reached a high of $137.88 in October 2016, but has since fallen off. The stock currently trades at around $100 but with pharmaceutical interest growing in medical marijuana states, investors are well on their way to re-orientating themselves with the company. 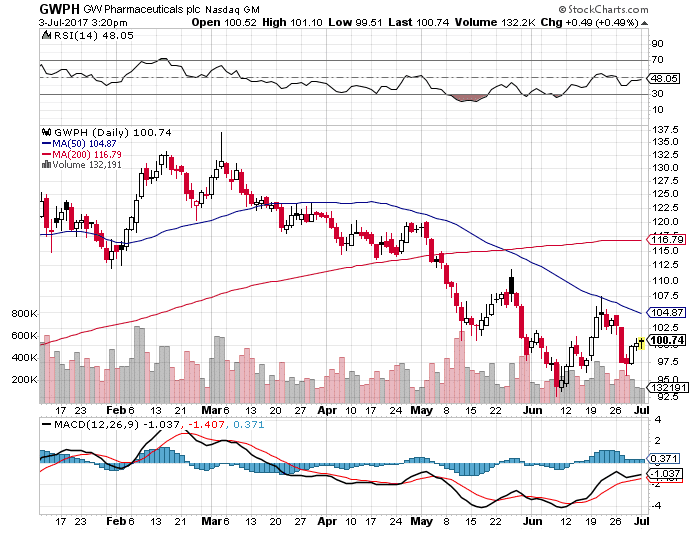 Another company that gets a strong mention among analysts watching marijuana stocks is Corbus Pharmaceuticals Holdings (NASDAQ:CRBP). The company is developing a range of products and is making some progress with its main product, Resunab, an oral endocannabinoid-mimetic drug. Resunab is aimed at helping people who suffer from systemic sclerosis and cystic fibrosis. Both conditions affect large numbers of people so approval of Resunab could see investors in CRBP reaping huge potential returns. In terms of stock performance, CRBP has swung to both sides of the pendulum over the past year. In July 2016 the stock reached a low of $2.68 before swing to a high of $10.78 in October 2016. Since those wild swings CRBP has settled down somewhat and currently trades at around $6.15. 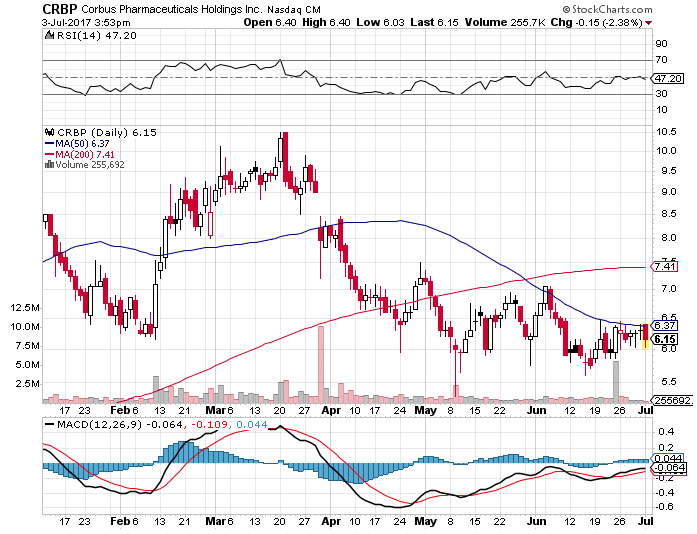 Opportunities exist on the smaller scales and there are a handful of marijuana stocks that trade on the OTC. One notable company is American Cannabis Company Inc. (OTCMKTS: AMMJ). Operating across two main areas, AMMJ offers both advisory and consultancy services to marijuana growers, as well as provision of vital equipment solutions for entrepreneurs in the cannabis industry. What makes AMMJ interesting as an investing opportunity is its scope. Not only does the company serve the US market, it also offers its services in Canada. Given the market and growth opportunities mentioned earlier, Canada could offer a fertile market for AMMJ to grow its business. Since hitting a high of $2.10 in November of last year, AMMJ has pulled back and currently trades for $0.45. 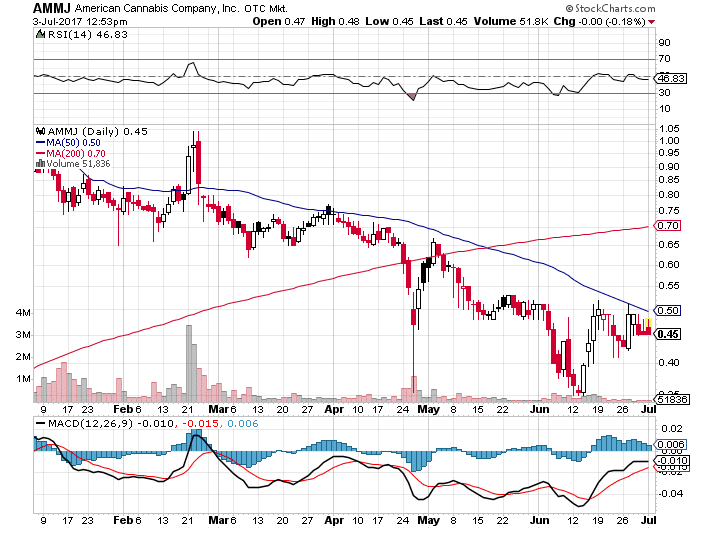 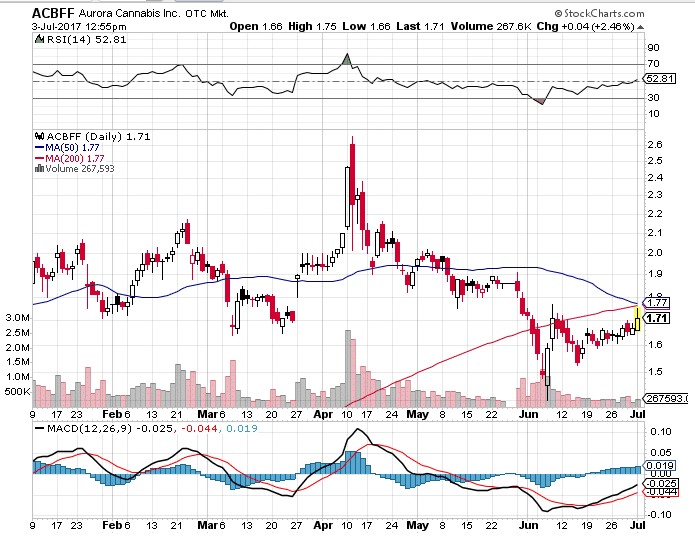 There’s little doubt that marijuana stocks have tremendous momentum going into the second half of 2018. The opportunities outlined represent a strong catalyst for action among investors who understand the urgency of striking early. The broad range of opportunities is just one indicator of the strength and depth of the marijuana industry.

How to create watch lists with good stocks to buy